As part of the flood mitigation buy-back scheme, Brisbane City Council will spend millions to turn the unusable land into sporting fields.

The 2018-19 budget revealed the council would spend $40 million over three years to deliver new facilities in at least six suburbs.

A commitment that was made during the 2016 election, Lord Mayor Graham Quirk said the council purchased land is a necessary move.

“We can now re-use those lands for important sport and recreation facilities,” he said.

A synthetic surface will be used at four of the locations to minimise costs to look after the grounds.

“They [synthetic] don’t go well with flooding areas [so] we’re making sure in those locations where we’re doing them they are fairly flood free,” he said.

The council’s figure of $40 million for sporting fields includes more than $22 million for a new golf course at Cannon Hill.

Tottenham to play Liverpool in fir...

NRL on track to over take AFL in a... 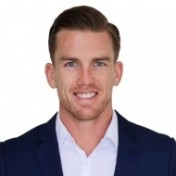