The ABPA argued back in January decals on the court are causing potential for injury to players following an Adelaide 36ers and New Zealand Breakers NBL fixture, where players continually slipped on sponsor stickers.

“On-court advertising provides an essential source of revenue for the league and clubs to fund NBL operations including items such as referee costs and the production of our broadcast, which in turn is essential to the revenue generating capacity of our clubs,” Kestelman said.

“The economics of virtual signage have been closely explored but are not viable,” he said.

Digital signage is a strategy used by other basketball leagues globally.

NBL commissioner, Jeremy Loeliger, said all protocols are being taken during matches to ensure player safety.

“Any moisture on polished wooden floors can contribute to unnecessary slippages and we are working closely with clubs to ensure that moisture on the court is addressed quickly and rigorously during the course of any game and that courts are kept as dry as possible,” Loeliger said.

The issue comes just weeks after Loeliger outlined a number of new innovations for the 2021 NBL season in an exclusive interview with Ministry of Sport.

Maxwell Headlines Big Payday For A... 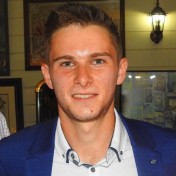