[mkdf_dropcaps type=”normal” color=”#f55549″ background_color=””]G[/mkdf_dropcaps]
lobal sportswear giant, Adidas, has started a formal process to exit the Reebok business, with a five-year strategy where Reebok could be sold or opened independently of Adidas.

Reports Adidas were trying to part with Reebok first emerged in October 2020, with private equity firms Permira and Triton first connected with a potential purchase of the company.

Adidas acquired Reebok in 2005 for USD$3.8 billion, and Forbes reported in December Adidas could see a Reebok sale in the region of USD$2.4 billion.

As part of the move, Adidas will officially discontinue Reebok operations from the first quarter of 2021, with the five-year strategy set to be presented officially on March 10.

After years of refusing speculation Adidas was looking to offload the Reebok brand, Adidas CEO, Kasper Rorsted, said the move to separate the Adidas and Reebok brands makes sense for both companies individually.

“After careful consideration, we have come to the conclusion that Reebok and Adidas will be able to significantly better realise their growth potential independently of each other.

“We will work diligently in the coming months to ensure a successful future for the Reebok brand and the team behind it,” he said.

The move to separate Adidas from Reebok comes after Reebok’s underperformance in recent years and loss of market share, as the brand now accounts for just 7% of Adidas’ yearly sales, down from 18% in 2010. 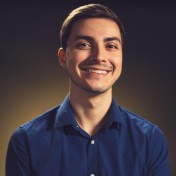 Amazon Prime The Big Winner As...

Exclusive: Luke Wilkshire On B...

NBL’s Phoenix Focus On B...

Amazon Prime The Big Winner As...